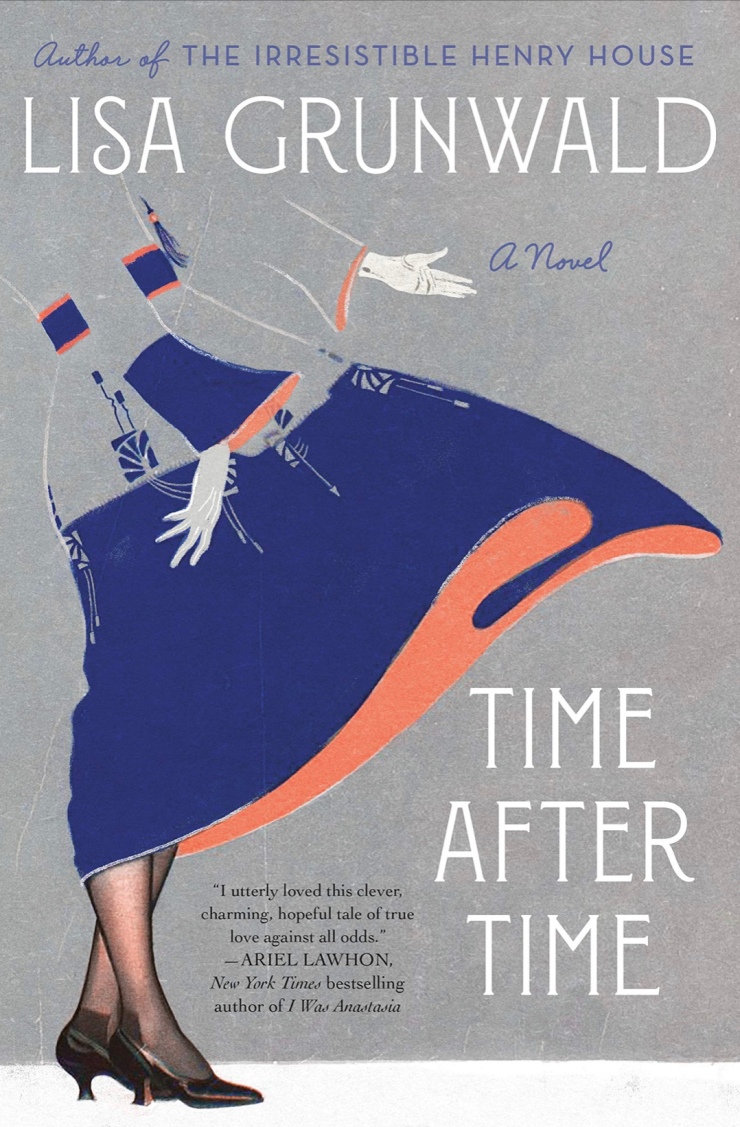 Book Description: On a clear December morning in 1937, at the famous gold clock in Grand Central Terminal, Joe Reynolds, a hardworking railroad man from Queens, meets a vibrant young woman who seems mysteriously out of place. Nora Lansing is a Manhattan socialite whose flapper clothing, pearl earrings, and talk of the Roaring Twenties don’t seem to match the bleak mood of Depression-era New York. Captivated by Nora from her first electric touch, Joe despairs when he tries to walk her home and she disappears. Finding her again—and again—will become the focus of his love and his life.

Nora, a fiercely independent aspiring artist, is shocked to find she’s somehow been trapped, her presence in the terminal governed by rules she cannot fathom. It isn’t until she meets Joe that she begins to understand the effect that time is having on her, and the possible connections to the workings of Grand Central and the solar phenomenon known as Manhattanhenge, when the sun rises or sets between the city’s skyscrapers, aligned perfectly with the streets below.

As thousands of visitors pass under the famous celestial blue ceiling each day, Joe and Nora create a life unlike any they could have imagined. With infinite love in a finite space, they take full advantage of the “Terminal City” within a city, dining at the Oyster Bar, visiting the Whispering Gallery, and making a home at the Biltmore Hotel. But when the construction of another landmark threatens their future, Nora and Joe are forced to test the limits of freedom and love.

Delving into Grand Central Terminal’s rich past, Lisa Grunwald crafts a masterful historical novel about a love affair that defies age, class, place, and even time.

Review: When I first starting hearing about Time After Time, I have to say I was a little hesitant about reading this especially when compared to The Time Traveler’s Wife because I loved that book so much. However, after receiving and ARC and then finding it on Modern Mrs. Darcy’s Summer Reading Guide I said I am going to give this a shot. From the very first chapter I was bought in, and then around chapter 5, I was completely entranced by this story.

Joe works in Grand Central Station, prior to WWII where one December he meets Nora. She quickly disappears and he meets her again a couple of years later with a similar ending. Joe investigates a little more and not everything quite appears to be “normal”. The story quickly falls into an epic love story between Joe and Nora. While this has a fantastical element, I would be remiss to say that is has a very large Historical Fiction element spanning prior to WWII though well after the War.

If you are a fan of of Outlander or The Time Traveler’s Wife then is going to be a guarantee winner for you. Grunwald is an engaging writer and I did not want to put this book down. Lovely story with a bit of meat to it.

Thank you NetGalley and Random House for an Advanced Reader’s Copy in exchange for an honest review.

You really can say I am an obsessed reader as I read 200-300 books per year. I love Literary Fiction, Memoirs (I don't really care what kind), Mysteries and Thrillers. Once in awhile I will thrown in some YA and Romance. When I am not reading, I am a Sales Engineer for a software company, and I take care of my three cats with my husband. I love music, which my college degree is in. Looking forward to share my thoughts on all things reading.